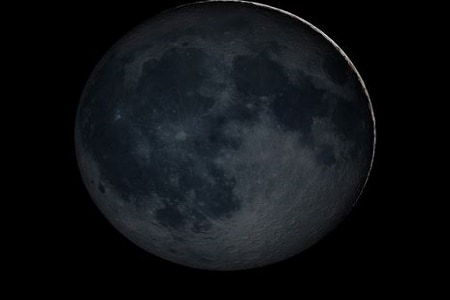 There are several definitions of a Black Moon. It can be the 3rd New Moon in an astronomical season with 4 New Moons or the 2nd New Moon in the same calendar month. Often, a black moon can mean there are two new moons within one month.This means the following month is void of a new moon.

Black Moon is not a well-known astronomical term. In recent years, the term has been made popular by social media, astrologers, and followers of the Wicca religion.

There is no single accepted definition of a Black Moon. The term has been commonly used to refer to any of the following phenomena associated with the New Moon:

2nd New Moon in a calendar month: These Black Moons are the most common ones, and they occur about once every 29 months. Because of time zone differences, the month they happen in can vary.

3rd New Moon in a season of 4 New Moons: These Black Moons are a little rarer, and occur about once every 33 months. Astronomers divide a year into 4 seasons – spring, summer, fall (autumn), and winter. Usually, each season has 3 months and 3 New Moons. When a season has 4 New Moons, the 3rd New Moon is called a Black Moon. This is the exact counterpart to the original definition of a Blue Moon, except that Blue Moons are Full Moons.

A calendar month without a New Moon: About once every 20 years, the month of February does not have a New Moon. This can only happen in February, as this is the only month which is shorter than 1 lunation. When this occurs, both January and March will have 2 New Moons, instead of the usual 1 New Moon.

A calendar month without a Full Moon: About once every 20 years, February does not have a Full Moon. Instead, January and March have 2 Full Moons each. The next Black Moon by this definition will occur in 2022, while the last one was in 1999. Because of time zone differences, these Black Moons may not happen all over the world.