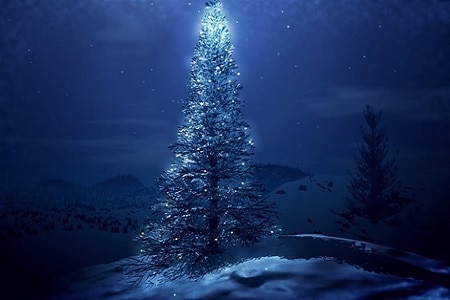 (An excerpt from Andrew Pacholyk’s newest book, Lead Us To A Place ~ your spiritual journey through life’s seasons)

The turn of the Winter Solstice is here. The winter solstice has long been celebrated as the birth of the sun, of light, and of life itself. It is a time for introspection, contemplation and planning for the future. Yule means “Yoke of the Year”, celebrated as the “seeding” time of the year, the longest night of the year, and the birth time of the new Sun King OR Son of God.

It is celebrated all over the world and in different cultures including the festival of Winter Solstice and the Christian festival of Christmas (US, Ireland, Britain, Europe), Yule (North Germanic, Scandinavians).

Yule or Yuletide (“Yule time”) was and is a festival observed by the historical Germanic peoples. Scholars have connected the celebration to the Wild Hunt, the god Odin, and the pagan Anglo-Saxon Mōdraniht. It later underwent Christianize reformulation resulting in the term Christmastide.

Storytelling has combined The Norse God, Odin, Father Time, The Sun God, St. Nicholas and Santa Clause all into one entity as the wheel of time has progressed. Ancient stories of a god or king, saint or man delivering gifts to those who were good or contributed to their village life or family, were rewarded with a gift.

The king/Father/God archetype is depicted throughout history in the turn of the seasonal wheel, the manifesto of every religion, the tales of mythology and found in every cultural structure. This archetype is known for such key points including being the one everyone looks up to. He is grounded and centered and bestows blessings on the lives of others who follow him. This archetype is known to create and inspires creativity in others, while providing order, protection and decisive decisions. He is the one to most leave a legacy behind or blueprint for others to follow.

The 13th Celtic Moon (Nov 25 – Dec 23) (called “The Seeker”) The Elder Moon represents a time of endings. The winter solstice will pass and the Elder moon reminds us how we are at the end of a cycle, but, like the tree in winter, it recovers quickly and comes back to life in Spring. Corresponding to the approaching New Year. Called Ruish by the Celts (pronounced roo-esh), the month of Elder is a good time for workings related to introspection and renewal.

The Earth (element) represents traits of sensations, patience, stability, strength, health, grounding and the centering of energies. This waning side of the Earth element is the earth in transition. It is a time of promoting peace, nurturing fertility, saving money, increasing your business success, and represents the traits of stability, warmth, comfort and physical labor.

Candles Ceremony. The winter solstice focuses on the return of light, joy and happiness. It is the celebration of the longest and darkest hours and the promise of more sunlight to come. It is also a very special time of reflection and introspection. It is then the time to banish or dispel the darkness, in order to make room for more light. We all have shadows to varying degrees. Our shadows come from our personal beliefs, taboos and cultural upbringings. We too, create our own shadows out of personal feeling based around our beliefs on death, birth, marriage, aging, youth and love.

Place 5 candles in a circle. On your paper, write down three “shadows” you wish to banish from your life. Now take the paper and touch it to the center candle flame to light the paper. Place the burning paper in a bowl to continue burning (and banishing) your shadows.

Make a Yule wreath by winding grapevines around a large bottle or pot. Remove the vine wreath from the bottom of the vessel and then start to decorate it. Tuck the ends of the vines into each other. Have approximately 8-10 pine bow (branches with green needles and cones) and weave them or wire wrap them into your grapevine base. Position the bows outward so they show off the green.

Now start filling the wreath in with beautiful pine cones, red holly berries or even red cherries. Use twigs with leaves on them and charms representing the season! The circular shape or the wreath represents eternity, for it has no beginning and no end. From a christian religious perspective, it represents an unending circle of life. The evergreen, most frequently used in making wreathes, symbolizes growth and everlasting life.

“O darkest night of Yule’s light,
I come to honor in circle, bright
With light of new beginnings grow,
With sunlight during winter’s snow
With spring and summer passing by
Til fall and winter time, a’nigh.
I banish shadow to the flame,
To rid me of my dark disdain.
To grow as sunlight does each day,
And cast-way shadow, dark and grey”