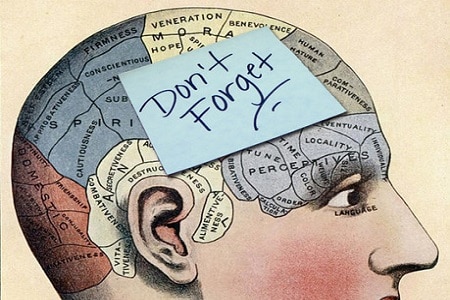 Start your day right with these memory boosting supplements that give you antioxidant power, anti-aging protection, a lift in energy and encourage your memory function.

Ginkgo Biloba is the most scientifically researched plant extract for the nutritional support of cerebral function. Ginkgo leaf extracts augment the vasoregulating activity of arteries, capillaries, and veins to maintain health circulation to the brain and extremities. Enhanced cerebral circulation improves intellectual functions such as concentration, memory and alertness.

Super Omega 3 Fish Oil is known for being rich in unsaturated fatty acids and provides rich OMEGA-3 fatty acids, (Pure EPA 360mg/DHA 240mg). Alaska Deep Sea Fish Oil are made from natural marine lipid concentrate and are essential to normal human cell and tissue growth and maintenance. If not found regularly in the diet, the diet must be supplemented. These fatty acids are especially abundant in brain cells, nerve relay stations (synapses), visual receptors (retinas), adrenal glands, and sex glands.

B12 and the associated B vitamins, are essential for normal formation of blood cells, and also support vision health, a healthy nervous system and energy metabolism. B12 bounds to the protein in food. Hydrochloric acid in the stomach releases vitamin B12 from proteins in foods during digestion. Once released, vitamin B12 combines with a substance called intrinsic factor (IF). This complex can then be absorbed by the intestinal tract. Vitamin B12 helps maintain healthy nerve cells and red blood cells. It is also needed to help make DNA. Vitamin B12 is naturally found in foods that come from animals, including fish, meat, poultry, eggs, milk, and milk products. Fortified breakfast cereals are a particularly valuable source of vitamin B12 for vegetarians. If you decide to use a B12 supplement, take 3000 to 4000 mcg per day for 4 weeks. This will not only boost your memory, but it will increase your energy and mood, as well.

Folic acid and folate are forms of a water-soluble B vitamin. These occur naturally in food and can also be taken as supplements. Foods such as leaf vegetables including spinach and turnip greens are high in folate as is dried beans and peas, fortified cereal products, and some other fruits and vegetables. Some breakfast cereals (ready-to-eat and others) are fortified with 25 percent or 100 percent of the recommended dietary allowance (RDA) for folic acid.

Acetyl-l-carnitine is a molecule that occurs naturally in the brain, liver and kidneys. Acetyl-l-carnitine is a carrier of fatty acids across mitochondrial membranes, where energy is produced within each cell. Acetyl-L-Carnitine has become one of the premiere “anti-aging” compounds under scientific investigation, especially in relation to brain and nervous system deterioration. Acetyl-L-Carnitine helps to enhance cognition.

CoQ10 has been shown to optimizes cellular energy and work as a powerful antioxidant, boosting immune support. CoQ10 is an essential nutrient for cellular bioenergetics and antioxidant protection. This makes it a major player in increasing blood to the heart and brain.

Vitamin D3 is an essential nutrient that works with Calcium to help develop strong bones and teeth.* This high potency Vitamin D supplement also assists in maintaining a healthy immune system.* If you’re not getting enough Vitamin D every day, you may not be able to adequately absorb Calcium from the foods you eat, and your body will have to take Calcium from your bones.* Scientific evidence also indicates that increasing Vitamin D intake can support the health of the pancreas and colon.

Vinpocetine is reported to have cerebral blood-flow enhancing and neuroprotective effects. It is widely marketed as a supplement for vasodilation and as a nootropic for the improvement of memory. Vinpocetine has been shown to selectively inhibit voltage sensitive Na+ channels, resulting in a dose dependent decrease in evoked extracellular Ca+ ions in striatal nerve endings. Therefore, Vinpocetine may help support brain functions such as concentration and memory by activating cerebral metabolism.

Carotenoids, of which beta-carotenes are the most popular, are found in many fruits and vegetables, animals, plants and microorganisms. The body converts beta carotene into Vitamin A. Vitamin A is a fat-soluble vitamin essential for vision, growth, cell division, reproduction and immunity.

As we age, a neurotransmitter, acetylcholine, may decline. This chemical is responsible for the excitatory actions in the brain. A shortage of acetylcholine in the brain has been associated with Alzheimer’s disease. Some help maybe available in this brain-saving supplement, phosphatidylserine, or PS. It is reputed for its ability to stimulate production of the acetylcholine. Consider taking 100mg of PS three times a day for 12 weeks.

Iron should be considered. Taking 8 mg for men with the recommendation for women is 18 mg. Iron is vital to the body’s formation of red blood cells, which help carry and store oxygen throughout the body. Plant sources of iron include dried fruits, whole grains (including wholemeal bread), nuts, green leafy vegetables, seeds and pulses. Other foods rich in iron but which are usually eaten in smaller amounts include soya flour, parsley, watercress, black molasses and edible seaweeds.

Zinc is an essential mineral that is found in almost every cell. It stimulates the activity of enzymes, which promote biochemical reactions. Zinc supports a healthy immune system, is beneficial for wound healing, will maintain your sense of taste and smell and is needed for DNA synthesis. Foods that contain zinc include oysters (the most zinc), red meat and poultry. Other good food sources include beans, nuts, certain seafood, whole grains, fortified breakfast cereals, and dairy products. Zinc absorption is greater from a diet high in animal protein than a diet rich in plant proteins. This can be taken in your multi-vitamin for men and for women.

Learn more about how to boost your memory