Patriotic Songs For The 4th of July 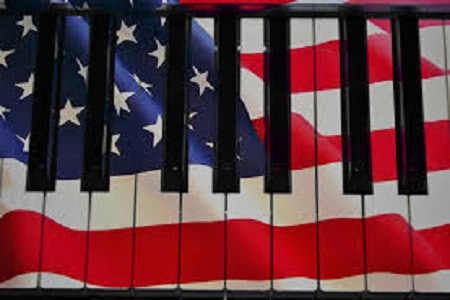 Compiled for a journey I experienced on the Fourth of July, 2011, you will find some of the most patriotic and empowering music created for the celebration of our country’s birthday! I am always enamored by the way music can change a situation by adding its color, power and reverence. Music creates an additional layer of emotion and spirit to an otherwise, different experience! As the musical tempo and crescendo built with the fireworks, I could feel the enthusiasm from the crowd. I also found it incredible that as certain songs would transition into the next, people would react, as the song was familiar to them. They may not have known it was the 1812 Overture or that a song was by John Philip Sousa, yet it was a familiar and recognizable tune that everyone, collectively seemed to relate to! I have gathered together some of the most beloved music for the Fourth of July. I hope you add them to the playlist of your life! I call this playlist,

Patriotic Songs For The 4th of July!

, Sun Harbor Chorus.
9. This Land Is Your Land

, The Band Of The Grenadier Guards.
15. The Official West Point March

Experience the power of the 4th!