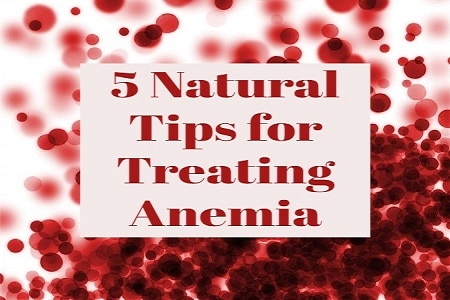 Anemia is a condition in which you lack enough healthy red blood cells to carry adequate oxygen to your body’s tissues. Having anemia can make you feel tired and weak. There are many forms of anemia, each with its own cause. Anemia can be temporary or long term, and it can range from mild to severe.

Depending on the particular causes of anemia, you may or may not experience signs and symptoms that you experience. Anemia can be so mild that you don’t notice it. But symptoms worsen as anemia worsens. If symptoms do occur, they might include fatigue, weakness, pale or yellowish skin tone, irregular heartbeat, shortness of breath, dizziness or light-headedness, chest pain, cold hands, and feet, and/or headaches.

Causes of Anemia include:

Iron deficiency anemia: This most common type of anemia is caused by a shortage of iron in your body. Your bone marrow needs iron to make hemoglobin. Without adequate iron, your body can’t produce enough hemoglobin for red blood cells.
Without iron supplementation, this type of anemia occurs in many pregnant women. It is also caused by blood loss, such as from heavy menstrual bleeding, an ulcer, cancer and regular use of some over-the-counter pain relievers, especially aspirin, which can cause inflammation of the stomach lining resulting in blood loss.

Vitamin deficiency anemia: Besides iron, your body needs folate and vitamin B-12 to produce enough healthy red blood cells. A diet lacking in these and other key nutrients can cause decreased red blood cell production. Also, some people who consume enough B-12 aren’t able to absorb the vitamin. This can lead to vitamin deficiency anemia, also known as pernicious anemia.

Anemia of inflammation: Certain diseases such as cancer, HIV, rheumatoid arthritis, kidney disease, Crohn’s disease, and other acute or chronic inflammatory diseases can interfere with the production of red blood cells.

Anemia associated with bone marrow disease: A variety of diseases, such as leukemia and myelofibrosis, can cause anemia by affecting blood production in your bone marrow. The effects of these types of cancer and cancer-like disorders vary from mild to life-threatening.

Hemolytic anemia: This group of anemia develops when red blood cells are destroyed faster than bone marrow can replace them. Certain blood diseases increase red blood cell destruction. You can inherit a hemolytic anemia, or you can develop it later in life.

Anemia from a TCM Perspective

Traditional Chinese Medicine has a great record when it comes to treating anemia. Although not allows lining up with the Western medicine diagnosis of anemia, Traditional Chinese Medicine has one pattern of symptoms that are considered to be the closest diagnosis. Blood deficiency is a commonly treated syndrome in TCM. Blood deficiency is described as excessive blood loss or “inadequacy of the blood.” Changing diet or adding iron supplements may not treat long-term anemia if there is an underlying syndrome.

But the most common type of anemia in Chinese medicine is iron deficiency anemia. While iron deficiency is measured by a blood sample in Western medicine, Chinese Medicine can determine this from indications based on pulse and tongue diagnosis as well as signs and symptoms. These can include a pale complexion, pale lips and nails, pale tongue, dizziness, blurred vision, insomnia, numbness of the limbs, palpitation, hypomenorrhea, delayed menstruation, amenorrhea, and/or a weak and thready pulse.

The first clinical symptom of anemia is fatigue, and fatigue is always a Qi (energy) deficiency symptom. However, fatigue does not always imply anemia or deficiency. Additional symptoms must be noted to form a pattern of blood deficiency.

These factors place you at increased risk of anemia:

A diet lacking in certain vitamins and minerals: A diet consistently low in iron, vitamin B-12, and folate increases your risk of anemia.

Intestinal disorders: Having an intestinal disorder that affects the absorption of nutrients in your small intestines — such as Crohn’s disease and celiac disease puts you at risk of anemia.

Menstruation: In general, women who haven’t had menopause have a greater risk of iron deficiency anemia than do men and postmenopausal women. Menstruation causes the loss of red blood cells.

Pregnancy: If you’re pregnant and aren’t taking a multivitamin with folic acid and iron, you’re at an increased risk of anemia.

Chronic disorders: If you have cancer, kidney failure, diabetes or another chronic condition, you could be at risk of anemia of chronic disease. These conditions can lead to a shortage of red blood cells.

Slow, chronic blood loss: especially from an ulcer or other sources within your body can deplete your body’s store of iron, leading to iron deficiency anemia.

Family history: If your family has a history of inherited anemia, such as sickle cell anemia, you also might be at increased risk of the condition.

Other factors: A history of certain infections, blood diseases and autoimmune disorders increases your risk of anemia. Alcoholism, exposure to toxic chemicals, and the use of some medications can affect red blood cell production and lead to anemia.

Age: People over age 65 are at increased risk of anemia.

1. Treat anemia (blood deficiency) first, with the richest source of iron which is algae (this includes both seaweeds and micro-algae) such as spirulina, and blue-green algae.

2. Iron: found in vegetables, legumes, grains, nuts, seeds. When a variety of these foods are consumed, abundant protein, copper, and B vitamins necessary for iron absorption will be available. Iron-rich foods include beef and other meats, beans, lentils, iron-fortified cereals, dark green leafy vegetables, and dried fruit.

3. Folic acid: found in micro-algae, sprouts, leafy greens, and chlorophyll-rich foods. Folic acid is destroyed when cooked. Folate is a nutrient, and it is the synthetic form folic acid, which can be found in fruits and fruit juices, dark green leafy vegetables, green peas, kidney beans, peanuts, and enriched grain products, such as bread, cereal, pasta, and rice.

5. Royal Jelly: made by bees, for their Queen (is very fitting for you.)

How to treat other conditions, naturally….