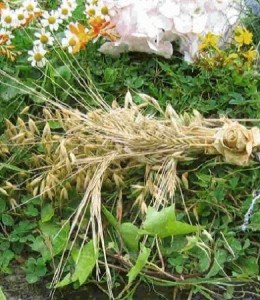 Also called Lughnasad, this ancient festival is celebrated as the beginning of the harvest season that was historically observed throughout Ireland, Scotland and the Isle of Man.

It is named after the Celtic god, Lugh, “The Shining One”, skilled in many arts including smith craft, a champion warrior, hero, even harpist and poet.

In mythology, Lugh overpowered a primitive Earth god to conquer the harvest time for his people. It is honored by religious ceremonies, athletic contests, feasting on foods from the first harvest, matchmaking couples and trading goods.

Homage and respects would be paid by climbing to tops of hills and mountains, visiting wells and springs and offering the first corn, bilberries and baskets of wheat in thanks. When the Christians adopted this holiday and called it Lammas, the festival shifted slightly to align with the harvesting of potatoes.

This is typically around the last Sunday of July (Garlic Sunday). By the early Middle Ages, the Christians essentially replaced the god Lugh, with the patron saint of Ireland, St. Patrick.

Even now, on the last Sunday in July, a mass pilgrimage climb Croagh Patrick in County Mayo. This 2 mile walk up the rocky mount (many with bare and bleeding feet) is a testament to the power of this holiday.

Learn more about this Celtic celebration… 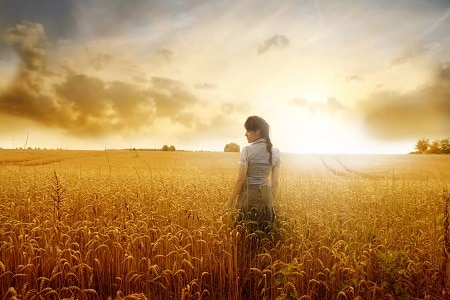 Lammas Day (or “hlaf-mas”, or “loaf-mass”), is a holiday celebrated in many countries in the Northern Hemisphere, usually between August 1st and September 1st. It is a festival to mark the annual wheat harvest, and is the first harvest festival of the year. On this day, it was customary to bring to church a loaf of bread made from the new crop, harvested at Lammastide, which falls at the halfway point between the Summer Solstice and Autumn Equinox.

The loaf of bread was blessed, and in Anglo-Saxon England it might be employed afterwards as a traditional charm. The Lammas bread would be broken into four bits and placed at the four corners of a barn, to protect the gathered grain.

In many parts of England, Wales and Gaul, tenants often would present freshly harvested wheat to their landlords on or before the first day of August. In the Anglo-Saxon Chronicle, where it is referred to regularly, it is called “the feast of first fruits”. The blessing of first fruits was performed annually in both the Eastern and Western churches on the first or the sixth of August (the latter being the feast of the Transfiguration of Christ). 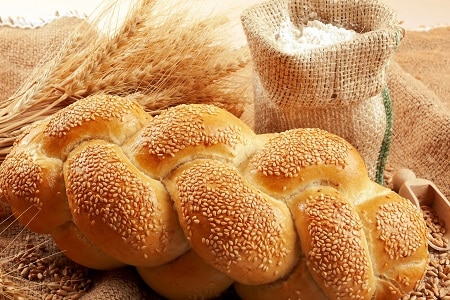 Prepare Your Dough ~ Mix all the dry ingredients in a large bowl. Add the peanut butter and the honey to the hot milk and stir to combine. ~ Cool milk mixture until it is temperate to touch ~ Stir milk mix into flour mix. ~ Knead for 15 minutes, adding more flour if necessary to make a smooth, elastic dough. ~ Oil the dough’s surface, then cover with plastic or a damp towel. ~ Let it rise in a warm spot until double.

Prepare to Bake  ~ Push down the dough, then shape into 2 rectangle loaves or one large braided loaf. ~ Let rise again until doubled in size. ~ Bake at 375ºF until golden; it should make a hollow sound when tapped. 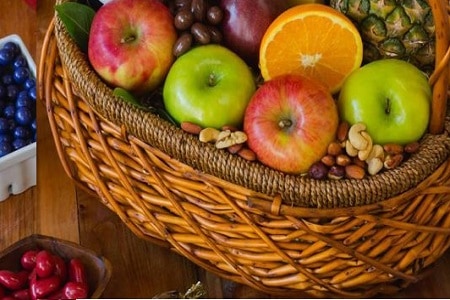 Blessing of the Fruit

Gather together a host of herbs, spices and fruits.  Place them in a basket or cornucopia and place them on your altar or in the West direction.  Spray or sprinkle with water (the element of Fall) to anoint them.

Give thanks for the abundance you have been given this year and honor those who may be less fortunate than you. (as there is always someone less fortunate, who could use your prayers.)

Corn is the food of the harvest and it is ready at this time.  For centuries, corn has been used in rituals for growth and transformation. As one seed brings a stalk plentiful with more corn to enjoy. Corn is associated with being self-sustainable and correlates to the seeds of fertility, growth and prosperity.

“We shall eat the labor of thy hands:
Happy thou shalt be,
We bring these gifts from nature’s land
that we have grown by seed.
We honor and give thanks to thee,
for all that you have shared
We bow in great humility
for joys that are most fair.
In times like these we must be proud,
for sometimes its not so,
as harvest wax and wanes, you see,
you often may not know,
just how lucky each day is,
so with that we must say,
We’re grateful each and every day,
as blessings come our way.”
~Andrew Pacholyk MS L.Ac. 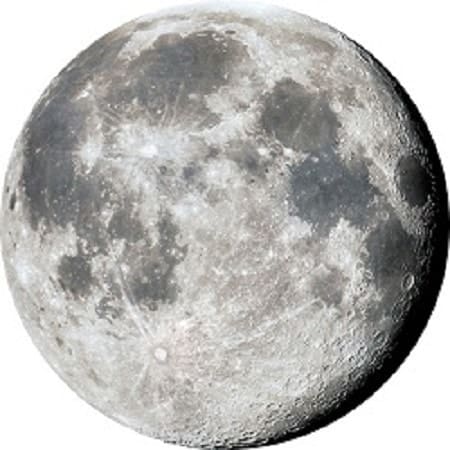 (Aug 5 – Sept 1) (The Knower) The Hazel Moon  comes at the time of year when Hazelnuts are appearing on the trees, and are an early part of the harvest. Hazelnuts are also associated with the traits of protection and wisdom. The Celts called this moon, Coll, which translates to “the life force inside you”.

Hazel is often associated in Celtic lore with sacred wells and magical springs containing the salmon of knowledge. This is a good month to do workings related to wisdom and knowledge, dowsing and divination, and dream journeys. 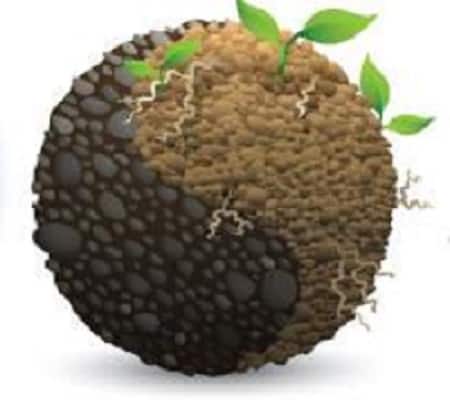 The element, Earth is associated with the Late Summer season and with dampness.

The element is associated with the spleen (pancreas) and stomach and related to the mouth.

The Earth is the source and provider of all our needs.

Emotionally, this element is associated with nurturing and to our survival instincts, as well as to our sense of grounding and connection to our bodies and the physical plane. Ideally this Chakra brings us health, prosperity, security, and dynamic presence. It is associated with our Root Chakra. 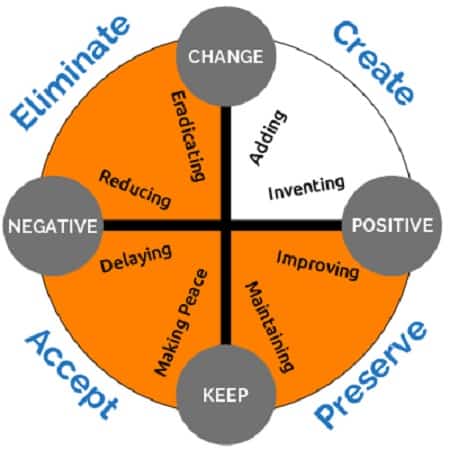 Change is inevitable. Our lives are made up of the building blocks of change. Change creates the person we must grow to be. Change happens for a reason. That reason is to allow us possibilities we may not have seen in the first place. This can be traumatic or it can be less so.

The single most important point you can make about change is that in most cases it’s not what faces you that’s the problem; it’s how you react to it.

How you react is determined by how you perceive a particular change. Change shows itself in many forms. The move to a different career, by choice or not, the loss of a loved one, the loss of a relationship, the move to a new home or simply the change in the weather and how we feel. It is a chance to show that we can handle it. Changing the way you think, can change a life of stress and discomfort to a life of challenge and excitement. 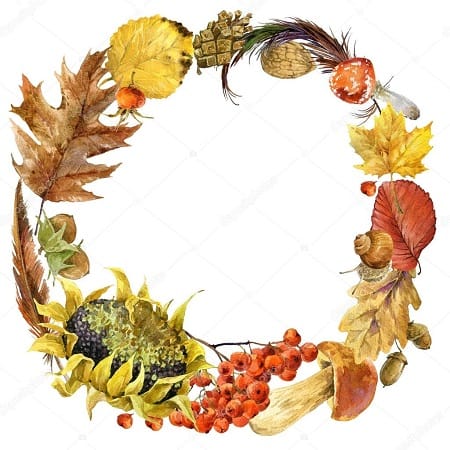 Ceres was the Roman goddess of grain, specifically corn, and of the harvest season. According to Roman legend, she was the one who taught mankind how to farm. She is associated with agricultural fertility and a bountiful harvest. Make her an offering, and she may well protect your crops from natural disasters such as flooding or disease.

Make a Harvest Wreath by winding grapevines around a large bottle or pot. Tuck the ends of the vines into each other. Start filling the wreath with beautiful colored leaves, vines of berries and grapes, twigs with leaves on them and charms representing the season!

“O Spirit of 1st harvest grow,
to fill us with great gifts and sow,
the land and nourish it each day
to gain your love and special praise,.
we give to you in thanks for all
the plentiful and bounty strong.
We offer up our thanks, you see
to give great joy, and hope to thee”
~ Andrew Pacholyk MS L.Ac

Celebrate Your Wheel of Life