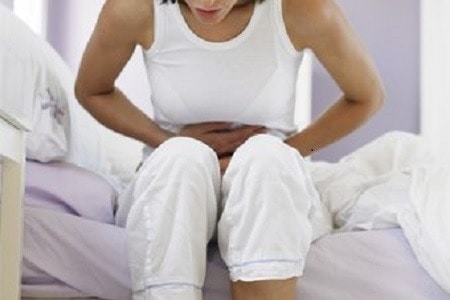 Peptic ulcers are a group of ulceration disorders that occur in the area of the upper GI tract that are exposed to acid-pepsin secretion. There are mainly two groups:

An ulcer is caused when the mucosal lining of the stomach has deteriorated, allowing digestive acids to eat away at the underlying tissue. They are painful and can be very dangerous if left untreated. Other symptoms, other than pain, can present as bleeding, obstruction or perforation.

If you believe you have an ulcer, the first thing to do is visit your doctor and have that confirmed. The doctor’s diagnosis looks at your history, barium meal X-ray or an endoscopy.

This is a rare condition with severe, recurrent and complicated ulcer with or without diarrhea. The cause is a Gastric Secreting Tumor, single or multiple that is mostly present in the pancreas. 2/3 of the tumor are often malignant. Treatment would include acid reduction of secretion and often surgical removal of the tumor.

GI ulceration can often develop in relation to major psychological stress associated with burns, trauma, sepsis, acute respiratory distress syndrome, severe liver failure or major surgeries. Since the body is under extreme stress, it will secrete more HCL which is the apparent cause.

If you choose to go with a natural remedy, cabbage juice has been researched for its quick healing of ulcers. Drinking one quart of cabbage juice per day can heal ulcers in five to ten days in many patients. Eating a lot of cabbage is also good for fending off a return of your ulcer, although the cabbage itself was not as useful in healing existing ulcers as the juice was.

Bilberry contains 11 Anthocyanosides, which have been shown to block ulcer formations.

Calendula is an immune stimulating herb with anti-bacterial and anti-viral properties that have shown to relieve chronic stomach irritation.

Chamomile is an anti-inflammatory, antiseptic, anti-spasmodic and contains stomach soothing properties. It also includes Apigenin, which is the known bioflavonoid shown to inhibit the growth of H pylori bacteria.

Gentian is one of the bitter herbs that help in digestion.Ginger contains 11 compounds with anti-ulcer activity. This aromatic bitter stimulates the digestive system and helps improve sluggish digestion.Licorice soothes inflammation and stimulates the production of mucin, which coats the stomach. Deglycyrrhizinated licorice is what you should use, since regular licorice root can raise blood pressure. Take a 250-500 mg chewable tablets before meals and a few hours before bed. Consider licorice root tea, twice a day or licorice in tincture form.

Marshmallow Root is a mucilage and relieves irritated and inflamed mucous membranes in the digestive tract.

Pineapple provides glutamine which has been proven effective against ulcers. Also with bromelain, which works wonders on the digestive system.

Red pepper/cayenne may protect against peptic ulcers because Capsicum has been shown to prevent ulcers in laboratory experiments.

Turmeric is a mucilage and relieves irritated and inflamed mucous membranes in the digestive tract.

Yellow dock root, which is an herbal antibiotic that may block the growth of H pylori.

1. Acid reduction is a major part of healing this disorder. Be aware of the acidity of foods you eat.

2. Cut down the intake of milk and eggs. Higher milk consumption heightens the risk of peptic ulcers, since milk increase the production of stomach acid.

3. Reduce intake of sugar and other refined carbohydrates, such as white flour. Sugar increase stomach acid. Use stevia instead.

6. Fiber intake is important. Fiber slows down the the movement of food and stomach acids to the intestine (Gastric Emptying Time), which helps those with duodenal ulcers. Consumption of legumes, whole grains, vegetables and other high fiber foods should be eaten daily.

7. Smoking delays ulcer healing. If your serious about healing your ulcers,it’s time to quit.

8. Learn to cope with your stress in your life. Stress is known to exacerbate ulcers.

9. Use the power of Aromatherapy. Essential oils such as chamomile, frankincense, geranium and marjoram can be blended into a carrier oil and slowly massaged into the abdomen.

11. Acupuncture has been used traditionally for a variety of conditions related to the digestive tract, including peptic ulcers. A growing body of scientific evidence suggests that acupuncture can help reduce pain associated with endoscopy.12. Sepiae Frutillaria (Wu Bei San) is a traditional herbal formulation that is historically used for pain commonly associated with and due to overproduction of stomach acid. This is a modification of the traditional formula, adding bietillae striatae, rhizoma to increase its efficacy. Bietillae striatae, rhizoma is renown for stopping bleeding in the spleen and stomach.

2. Rydening A, Berstad A, Aadland E, Odeegard B: Prophylactic effects of dietary
fiber in duodenal ulcer disease. The Lancett ii: 736-739, 1982