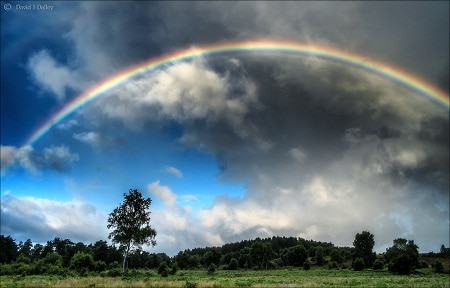 Color therapy is a technique of restoring imbalance by means of applying color to the body. It was a popular method of cure even in ancient times. Some 2,500 years ago, Pythagoras applied color light therapeutically and `color halls’ were used for healing in ancient Egypt, China and India.

Color therapy is rooted in history as far back as the Mayan culture. The Mayan culture worshiped the sun and based their lifestyles on the elements. These elements where a controlling force of nature and determined so much of their existence.

In India, Ayurveda, an ancient form of medicine practiced for thousands of years, is based on the idea that every individual contains five elements of the universe, which include: earth, water, air, fire, and ether (space). These elements are present in specific proportions unique to each individual, including their personality type and constitution. When these elements are out of balance, Ayurveda works with the energies inherent in the colors of the spectrum to restore this balance.

Color therapy was also used in ancient Egypt. The art of healing with color was founded by the god Thoth. In the Hermetic tradition, the Ancient Egyptians and Greeks used colored minerals, stones, crystals, salves, and dyes as remedies, and painted treatment sanctuaries in various shades of color.

In China, Traditional Chinese Medicine (TCM), incorporates color to be associated with each organ and elemental system. This healing method looks at the idea that every individual is a balance of five elements, which include: wood, fire, earth, metal, and water. Each element has an associated color. Green, red, yellow, white and blue.

The first color wheel was invented by Sir Isaac Newton. He split white sunlight into red, orange, yellow, green, cyan, and blue. He then joined the two ends of the color spectrum together to show the natural progression of colors. Newton went a step further and associated each color with a musical note.

Johann Wolfgang Goethe began studying psychological effect of colors about a century after Newton. Goethe created a color wheel showing the psychological effect of each color. He divided all the colors into two groups: the plus group (red, orange, yellow) and the minus group (green, blue, indigo, violet). Colors of the plus group produce excitement and cheerfulness. Colors of the minus group are associated with weakness and unsettled feelings. Goethe observed that blue gives a feeling of coolness and yellow has a warming effect.

The pioneer of modern color therapy was Niels Finsen of Denmark. Following the discovery, in 1877, of the bactericidal action of solar ultra-violet energy, Finsen studied the possibility of assisting the healing of wounds with visible light. He subsequently used red light to inhibit the formation of smallpox scars and, in 1896, founded a Light Institute ( now the Finsen Institute of Copenhagen) for the photo-treatment of tuberculosis. In 1932, Gerrard and Hessay, two Californian psychologists, scientifically established that:

* blue light has a calming effect

* red light has a stimulating power on human beings.

Blue and red colors  are considered at the two extremes with yellow representing the midpoint. These are also the three principal colors in a rainbow.

Since light is the Universal metaphor for spirituality and enlightenment, it can be found all around us. Therefore, it is easily accessible, yet only available to those who notice or care to pay attention.

Jakob Lorber (July 22, 1800 – August 24, 1864) was a Christian mystic and visionary who referred to himself as “God’s scribe”. He wrote that on 15 March 1840 he began hearing an ‘inner voice’ from the region of his heart and thereafter transcribed what it said. Lorber claimed to be unable to understand many of the things he was told by the inner voice, writing about scientific objects or concepts such as atoms, elementary particles and the tremendous energy potential in matter long before they had been invented or discovered. He wrote of an age of technology when man would invent wireless communication, fly across oceans and build iron wagons traveling faster than arrows; but also of the consequences of burning fossil fuels, of air pollution, deforestation and their potential for great devastation, causing great storms and earthquakes. He wrote that the Sun or Saturn being inhabited (in spiritual rather than material form). Even though only a few pages of his manuscript were published during his lifetime, he predicted that eventually it would all be published and studied throughout the world, as it is today.

In 1851, Jakob Lorber recorded methods by which we can heal our soul, which in turn heals our body. The Healing Power of Sunlight shows us the path to achieve eternal health, in the physical world and in the after-life. Today his writings are more important than ever, because of the ailments that threaten humankind with ever-increasing force. These ailments are due to an over-abundance of technical innovation, to the hardships and struggles of everyday life, and to nourishment, which is not fit for human consumption. The connection with the source of Nature has been almost completely lost; nor is it surprising that orthodox medicine has followed the path of “modern science” and attempted to substitute thousands of chemical preparations.

Dr. Edwin Babbitt has been called the modern founder of the principles of color therapy. His work on treating a variety of ailments, including burns, nervous excitability, and cold in the extremities are renowned. He introduced his basic principles of Rainbow Healing via solarized water in 1878. After thousands of scientific experiments with water, the Sun, colored jars and colored lenses, Dr. Babbitt concluded that water, becomes medicated by the seven colored rays of light, which emanate from the Sun. By placing distilled water into a glass colored jar or tumbler, he discovered that one can manipulate matter by altering vibrational frequencies through applied color or sound. This simple yet profound therapy can be used in meditation, healing, or the co-operative building of form life. Some people apply Dr. Babbitt’s principles of Rainbow Healing, by drinking the colored, solarized water that corresponds with the color of the Chakra energy center. Dr. Edwin Babbitt published his findings in his book Principles of Light and Color.

Dinshah Ghadiali, PhD, MD, an American immigrant from India, was inspired by Babbitt’s work. In 1897, his life views on medicine were altered when he saved the life of a woman dying from intractable dysentery. Dinshah proceeded to shine indigo light on the patient’s body. By the end of the first day, the number of bowel movements were reduced greatly. By the third day she was out of bed.

By 1920, after 23 years of research and clinical observation, Dinshah, as he came to be known in America, changed the system of color phototherapy he called Spectro-Chrome. Dinshah’s background in mathematics and physics, helped him to deduce the physiologic effects of individual colors and how they would correspond with the actions of certain minerals, which show that color on a spectometer. He assigned specific “attributes” of the colors to behavioral attributes of physiology. He also determined formulations with applying colored light directly to the body to influence physical injury and illness. He was the first to develop a system of healing utilizing all the colors of the spectrum: red, orange, yellow, lemon, green, turquoise, blue, indigo, violet plus purple, magenta and scarlet. The work of Dinshaw Ghadiali was published in his book “The Triumph of Sprectro-Chrome”.

In 1985, Darius Dinshaw published Let There Be Lightbased on his father’s work. The Dinshaw Health Society was formed in 1975 and still exists.

Every substance on earth contains color. Even the rays cast on earth by celestial bodies contain color in the form of white light. The rays of the sun contain seven different colors – violet, indigo, blue, green, yellow, orange and red. These are natural colors which are highly beneficial to the maintenance of health and for healing diseases.

Discover more about the power of color therapy...