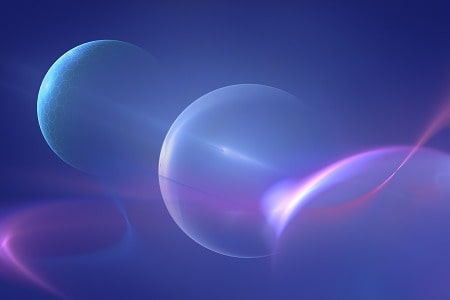 Sigmund Freud remains one of the most influential figures of the 20th century. Freud’s basic insight is that our minds preserve memories and emotions, which we reiterate in our dream life.

Carl Jung was one of Sigmund Freud’s followers and co-workers. Jung developed many theories about dreams, a lot of them disagreeing with Freud. Jung thought dreams were a tool to help us grow and were interpretations about life.

Edgar Cayce, also known as “The Sleeping Prophet” was an American mystic who answered questions while in a trance. Edgar Cayce would provide average individuals with guidelines for working with what has become one of the most practical approaches to dreams.

Footnotes on the Dream Interpretations

1. The Sigmund Freud Approach to Dreams

The tendency of modern people to trace their problems to childhood traumas or other repressed emotions begins with Freud. One of Freud’s more important discoveries is that emotions buried in the unconscious surface in disguised form during dreaming, and that the remembered fragments of dreams can help uncover the buried feelings. Whether the mechanism is exactly as Freud describes it, many people have derived insights into themselves from studying their dreams, and most modern people consider dreams emotionally significant, unlike our ancestors who often saw them either as divine portents or as the bizarre side-effects of indigestion.

Freud argues that dreams are wish-fulfillments, and will ultimately argue that those wishes are the result of repressed or frustrated sexual desires. The anxiety surrounding these desires turns some dreams into nightmares.

2. The Carl Jung Approach to Dreams

Carl Jung is one of the most respected and recognized psychologists of all time. Many people know Jung as one of Sigmund Freud’s followers and co-workers. Jung’s emphasis in the field in psychology had to do with dreams. Jung developed many theories about dreams, a lot of them disagreeing with Freud. Jung was a great psychologist and psychiatrist that changed the ways of psychology today.

Jung thought that dreams were a tool to help us grow, not just to release extreme sexual desires. Jung felt that dreams were more than about sex, they were about life. Jung said that sexual drive doesn’t even motivate us as much as the fear of death. Jung was an inspiration to all in the psychology field. His theories are instrumental in psychology and psychiatry fields today. He was a brilliant man not afraid to stand on his own for what he believed in.

It was Jung, a contemporary of Edgar Cayce’s, who found convincing evidence for a deep level to the unconscious mind. This profound depth, Jung felt, came from a genuine spiritual reality that hadn’t been acknowledged by Freud. Jung called this level the “collective unconscious.” Here all minds could communicate through the use of universal symbols – images which seem to have a common meaning among people all over the world.

For example, a symbol such as a lion or a great cat has a universal or archetypal meaning of power and vitality. Birds frequently symbolize various kinds of love or concern; water is often suggestive of the Spirit itself. An old woman or an old man or a grandfatherly figure can symbolize our own “Higher Self’ or our own internal wisdom. Myths or fairy tales often have similarities among cultures, and these similarities are shown through their universal symbols and themes. Sometimes our own dreams may contain these kinds of symbols.

Of course, not all the symbols and Images in our dreams represent the universal or archetypal. Many, if not most, are best interpreted by discovering the personal associations one has with that person or object. The dream symbol of a rifle, for example, would likely mean one thing to a gunsmith and something quite different to a victim of war.

3. The Edgar Cayce Approach to Dreams

Although it is true that many of us do not make a conscious effort to remember our dreams, everyone dreams. During the early part of this century, while psychologists such as Sigmund Freud and Carl Jung were demonstrating the clinical importance of dreams, Edgar Cayce was providing average individuals with guidelines for working with what has become one of the most practical approaches to dreams. Hundreds of Cayce’s readings deal with the subject of dreams and dream interpretation. Perhaps the most important insights gained from the wealth of this material is the fact that each of us is aware of much more-about ourselves, our physical bodies, our surroundings, even our lifestyles-at subconscious levels than we realize when we are awake.

In the dream state we open our minds to many different levels of our own unconscious. Not only are all of our previous conscious experiences stored there, but it is also the storehouse of resources which rarely come to conscious awareness. The subconscious has remarkable talents for finding solutions to problems. It houses all of our wishes, hopes, and memories of past experiences, and can also assist us with self-examination, providing practical guidance for any question. It even makes it possible for us to have psychic experiences.

Dreams can diagnose the causes of our physical ailments, point out the thoughts and emotions that we’ve tried to overlook, and often make suggestions for improving our relationships with others. While dreaming, we can gain awareness about our entire being: physically, mentally, and spiritually.

Learn to unravel your dreams…