Bringing Reiki Into Your Life 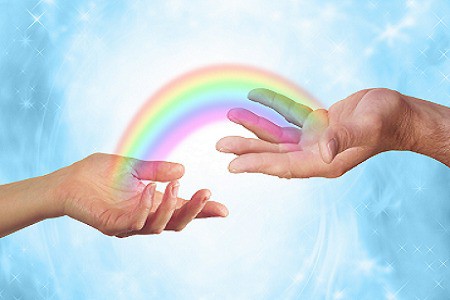 Reiki is described as a holistic therapy, which brings about healing on a physical, mental, emotional and spiritual level. The belief is that the energy will flow through the practitioner’s hands whenever the hands are placed on, or held near a potential recipient. Some teachings stress the importance of the practitioner’s intention or presence in this process, while others claim that the energy is drawn by the recipient’s need to activate or enhance the natural healing processes. (I believe both are true). Furthermore, the belief is that the energy is “intelligent”, meaning that the Reiki knows where to heal, even if a practitioner’s hands are not present in the specific area. This is Universal attention.

Learning to work with Reiki gives you the ability to connect with an inexhaustible source of energy, which can be used to induce a healing effect. Anyone can gain access to this energy by means of an attunement process carried out by a Reiki Master. (I personally believe that anyone can gain access to this energy, because it is Universal. No one holds control or a patent to energy).

Consider these suggestions for bringing reiki energy into your life:

1. Life unfolds in the present. But so often, we let the present slip away, allowing time to rush past unobserved and unseized, and squandering the precious seconds of our lives as we worry about the future and ruminate about what’s past. “We’re living in a world that contributes in a major way to mental fragmentation, disintegration, distraction, decoherence,” says Buddhist scholar B. Alan Wallace. We’re always doing something, and we allow little time to practice stillness and calm. When we are at work, we fantasize about being on vacation; on vacation, we worry about the work piling up on our desks. We dwell on intrusive memories of the past or fret about what may or may not happen in the future. We don’t appreciate the living present because our “monkey minds,” as Buddhists call them, vault from thought to thought like monkeys swinging from tree to tree.

2. Most of us don’t undertake our thoughts in awareness. Rather, our thoughts control us. “Ordinary thoughts course through our mind like a deafening waterfall,” writes Jon Kabat-Zinn, the biomedical scientist who introduced meditation into mainstream medicine. In order to feel more in control of our minds and our lives, to find the sense of balance that eludes us, we need to step out of this current, to pause, and, as Kabat-Zinn puts it, to “rest in stillness – to stop doing and focus on just being.”

3. We need to live more in the moment. Living in the moment, also called mindfulness, is a state of active, open, intentional attention on the present. When you become mindful, you realize that you are not your thoughts; you become an observer of your thoughts from moment to moment without judging them. Mindfulness involves being with your thoughts as they are, neither grasping at them nor pushing them away. Instead of letting your life go by without living it, you awaken to experience.

5. Mindful people are happier, more exuberant, more empathetic, and more secure. They have higher self-esteem and are more accepting of their own weaknesses. Anchoring awareness in the here and now reduces the kinds of impulsivity and reactivity that underlie depression, binge eating, and attention problems. Mindful people can hear negative feedback without feeling threatened. They fight less with their romantic partners and are more accommodating and less defensive. As a result, mindful couples have more satisfying relationships.

6. Mindfulness is at the root of Buddhism, Taoism, and many Native American traditions, not to mention yoga. It’s why Thoreau went to Walden Pond; it’s what Emerson and Whitman wrote about in their essays and poems.
“Everyone agrees it’s important to live in the moment, but the problem is how,” says Ellen Langer, a psychologist at Harvard and author of Mindfulness. “When people are not in the moment, they’re not there to know that they’re not there.” Overriding the distraction reflex and awakening to the present takes intentionality and practice.

7. Living in the moment involves a profound paradox: You can’t pursue it for its benefits. That’s because the expectation of reward launches a future oriented mindset, which subverts the entire process. Instead, you just have to trust that the rewards will come. There are many paths to mindfulness and at the core of each is a paradox. Ironically, letting go of what you want is the only way to get it. Here are a the Five Principles to help you along.

Learn more about the power of reiki…