How Acupuncture Helps During Pregnancy 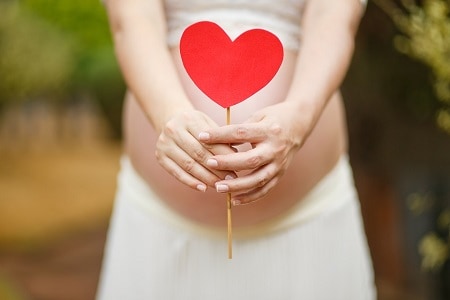 For over 15 years I have had the pleasure of helping women become pregnant with the healing art of acupuncture and Traditional Chinese Medicine. The rate of infertility cases has risen over the past 10 years due to many factors including environmental toxins, poor diets, the over prescribed use of birth control, as well as the hyper vigilant push for young girls to freeze their eggs, prolonging pregnancy, and then having to do IVF (in vitro fertilization) in order to have children.

But once the miracle of pregnancy occurs, acupuncture can assist a woman with issues that arise during each trimester of their pregnancy. Consider looking at these symptoms grouped together by trimester.

Nausea during pregnancy is one of the greatest disruptions during the first trimester. It seems at even the very onset of a pregnancy confirmation, the sights and smells of familiar and favorite foods now become the enemy. Acupuncture is a very effective treatment in reducing both the severity and incidence of nausea and vomiting during pregnancy, especially in early pregnancy.

A great DIY acupressure treatment can be done in the moment by placing two fingers parallel to the inside crease of the wrist (palm up). Where the second finger falls is the location of the point for nausea and vomiting. Called Pericardium 6, slowly massage this point deeply with one finger in a clockwise rotation for several minutes until the discomfort passes.  Alternatively, consider a hot cup of ginger tea or taking a Vitamin B6 or B Complex liquid under the tongue.

Spontaneous miscarriage or ectopic pregnancies are conditions which usually occur within the first 4 -16 weeks of a pregnancy confirmation. Acupuncture treatments have often been effective in either preventing these conditions or assisting the body through the process quicker if they, unfortunately occur. The benefits of acupuncture during this time of pregnancy increases blood circulation, boosts immunity, thickens the uterine lining, regulates the hormones, and decreases stress.

New found muscular and skeletal pains tend to be the norm as the baby grows and shifts your weight forward from your center of gravity during the first and second trimester. Back pain, rib pain, and pubic symphysis pain are common during pregnancy and can be reduced with acupuncture.

Sciatica is a frequent and common occurrence during the second and third trimesters.  Sciatica is a sharp, shooting pain, often accompanied by tingling or numbness starting in the back or buttocks and radiating down the back of the legs. Since the sciatic nerve is the largest in the body, starting in the lower back, it runs down the buttocks and branches down the back of the legs to the ankles and feet. In most cases, sciatica happens when this nerve becomes compressed due to increased fluid retention or weight gain. This added retention puts pressure on the sciatic nerve where it passes through the pelvis. Several acupuncture sessions are essential to keep this pain under control.

Pain, numbness, and tingling in the hands can often be a sign of carpel tunnel, which can be prevalent during pregnancy. Acupuncture can ease the pain of carpal tunnel syndrome. It reduces pain, increases blood and fluid circulation, and decreases pressure on the ulnar nerve in the wrist.  A DIY treatment consists of gentle massage around the wrist, along the sides of the arm and around the shoulder.

One of the most effective treatments in Chinese Medicine is “turning the baby” when a woman presents with the baby in an incorrect position. The Breech presentation recommends that moxibustion treatment should be done from week 33 – 35, but can still be useful when used later in the pregnancy. Techniques can also help babies that are not in the optimal position prior to birth, or for babies in a posterior position. Moxibustion treatment consists of burning dried mugwort on particular points on the body. This can even be taught to the patient in order for them to perform this twice a day until the position of the baby changes.

Acupuncture is a viable option for inducing labor if the baby is overdue. Induction with acupuncture can be an effective alternative to a medical induction. Labor induction is the stimulation of uterine contractions before labor begins on its own. This has shown to be helpful even two weeks past the due date.

Acupuncture and Traditional Chinese Medicine have shown to be incredibly effective during the entire course of a woman’s wonderful, emotional, and magical pregnancy.  In addition to the above disorders acupuncture can also help with unexpected problems that are pregnancy-related including anemia, anxiety, Bell’s Palsy, constipation, heartburn, hemorrhoids, vulval varices, insomnia, edema, headaches, fatigue and exhaustion, and thrush.