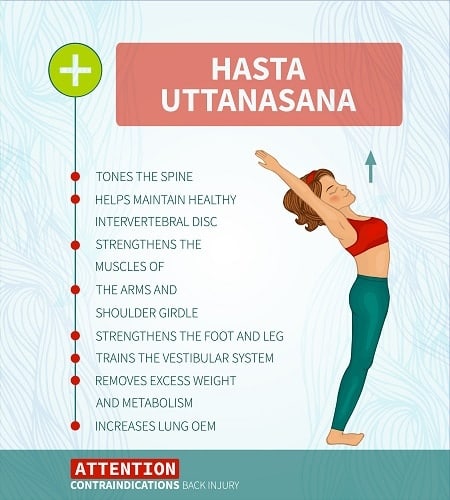 1. Stand erect and raise both the hands above the head. Hands are shoulders width between the two arms.
2. Bend the trunk and head backwards to create a slight curve.
3. Raising the arms and bending the trunk backwards is done at the same time. Breathe in deeply while raising the arms.
4. When done as part of the Surya Namaskara (Sun Salutation) a mantra can be chanted while performing this asana. Hasta Uttanasana is done as the 2nd pose and the 11th pose.