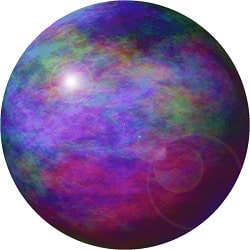 In the Ayurvedic principles of healing, the Universe also has a fifth element, considered the lightest of the five elements (along with air, fire, water, earth) known as Ether or also referred to as Space. Ether is the emptiness between matter. Ether is the space in which everything happens. It is the field that is simultaneously the source of all matter and the space in which it exists. The chief characteristic of ether is sound.

Here sound represents the entire spectrum of vibration. When we pay attention to sound, we are mindful. Metaphysically, mindfulness is the awareness of the space around you. It is consciousness. This is the foundation all the other elements transition from. It is the receptivity and non-resistance to what is true.

In regards to the human body, space is considered as the vessel that receives all impressions. In the heart, it is believed that space accepts love. Even in science, Ether is considered a class of organic compounds that contain an ether group â€” an oxygen atom connected to two alkyl or aryl groups. Ethers are common in organic chemistry and pervasive in biochemistry, as they are common linkages in carbohydrates and lignin. Another words, ether is the link between molecules.

Ether is considered our transitions in life. It is the time and space between events. Our transitions in life are our greatest challenges. It is the space between the spaces. As we transition from one phase of our lives to another, there is growth. Growth is ultimately a good achievement, yet growth can be painful. Transitioning to the other side is one of the greatest rewards we are given! When looked at as a whole, Ether is reveled in color as yellow represents awareness, and the solar connection. Indigo is the color of twilight and dreams. Orange is the fire of energy and Gold is the ultruistic connection to our higher Universe.

Ether is not interpreted literally, but rather as principles that allow us to perceive the nature of existence and of the Universe. It holds meaning in the context of life.

Season: transitions between them

Wheel of the Year/Sabbat: Cross Quarter

Planets:  space between them

Polarity:  Both Masculine and Feminine

Hermetic Axiom: “As within, so without”

Find the “Gifts of Ether” here

Discover the “Transitions of Life” here