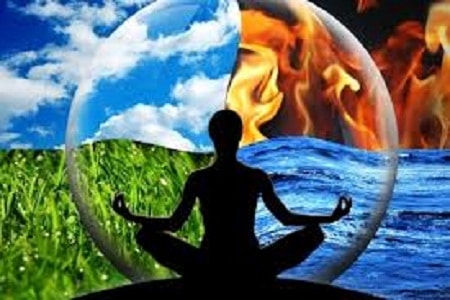 Without a doubt, this energy is one of the most profound and beneficial. Generally we are surrounded by whole structures of inanimate matter, matter which is lifeless. A few examples would be concrete brick, dead wood, plaster, carpets, metal radiators and that is just the average living room. When we work or are surrounded with living things such as gardens, nice scenery, mountains, rivers lakes, we generally gain something from these things.

This is why so many people retreat to the mountains, lakes, and seaside to gain sustenance from just being there. Each area has its own innate energy and you will have noticed some people attracted with real desire to live near the sea, or the south, north or other areas. Nearly everyone wishes to have a Mediterranean climate with loads more sunshine and thousands migrate there each winter.

The earth is a living breathing being of immense power and is quite literally alive and very conscious, many people are engaged in keeping her in a better state of balance and repairing her of which, in general we know little about.

Just think for a moment of the vast number of plants, trees, etc that spring out from the planet. Literally billions of different life forms each possessing life force. Around her circumference it is approximately 24000 miles, she is spinning at over 1000 mph and traveling around our sun at over 66000 mph, that is every hour we have moved 66000 miles not to mention our sun and solar system moving in relation to other stars at a fantastic rate. She also possesses an aura, which is being fed from the sun, moon planets and stars.

Being close to earth can be very interesting and by close what I mean here is having your back against her and feeling the energy of the earth from the closeness. Don’t feel that the energy is going to hit you hard, it is far subtler than that.

As an experiment try laying on the floor of your average house and then comparing the feeling you get from laying on the earth on your average lawn. There is a vast difference. Throughout the many trials and tribulations of life this energy has been one of the keystones which has helped many people .It provides a lovely sustenance which, helps us keep in balance.

I cannot think of any medical problem where this would not help and would and recommend that everyone try it. Those with M.E. or any energy problem in particular would be well advised to try this. Obviously only give yourself just enough ,if you feel you are slightly irritated after a while I would say this could be your limit at that time. Like any energy it has to be treated with respect. This is very much filling our more spiritual natures and I would love to see more research done with this energy on the many complaints, which we have to deal with.

Very often when camping out much better sleep and a greater sense of refreshment is experienced even when sleeping on air beds as we are much closer to the earth .If one was psychic one could possibly see this energy which would be an entirely new field to explore.

Many people will have hugged trees or will have sat with their backs to trees to experience a different kind of energy. Again caution is advised here as you are touching a large energy source. Start with exposures, which are not too long. Pick a decent size tree to start with a large girth, the older the better.

Give reverence to it as a living thing. It will have seen many sunrises in its time and many sunsets and felt the wind blow through its leaves and also the mornings of Jack Frost. People say if that tree could talk and do you know something -some trees actually do.

Stay with me here for a moment , firstly have a seat under your favorite tree and I hope we all have a favorite and put your ear to its trunk and then switch off your self and just listen to the tree and do this for at least 10 mins. What did you feel from this experience? I am certainly not going to pre-empt your own experience’s just to tell you that if you did that often enough you will experience something intriguing.

I have my own tent on the back garden all year round and regularly go in it to feel refreshed. Not every night but it is much more beneficial than my bedroom. Underneath the stars, birds singing in the morning.

There is obviously much, much more to this vast subject, it is hoped here to give you a flavor and encouragement to try something which, has been immensely beneficial to me, I would even say life saving.