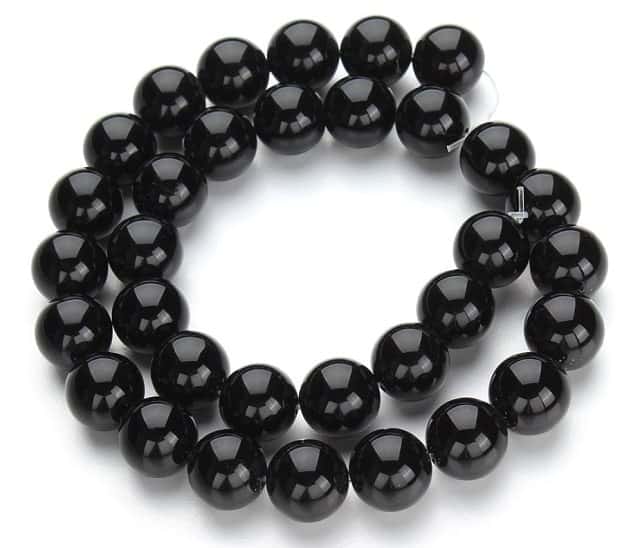 Properties: Balances and grounds thoughts, emotions and helps with stabilizing sex drive. Onyx is believed to promote fidelity. Controls emotional intensity. This androgynous stone is excellent for centering/aligning total person with higher powers. It therefore, essentially balance yin energies and yang energies. Banishes grief, enhance self control, helps with wise decision-making, encourages happiness and good fortune. Can be used to provide a “peek” into the future, helps one to follow the path alone, promotes personal strength, understand the reality of the moment, become the master of one’s own future.

Onyx comes in many colors ie: black stimulates the Root Chakra and is grounding. Orange is stimulating and helps with Spleen/Sacral Chakra issues. Yellow works on the Solar Plexus Chakra for will power, self awareness, seriousness and logic. Green is soothing for the Heart Chakra, balancing all Chakra beneath it. Blue works at the Throat Chakra, helping with all forms of communication. Purple works to initiate intuitive thought and psychic awareness through the Third Eye Chakra and White embraces our Crown Chakra for spiritual awakening. The shapes or patterns that Onyx holds inside it have led some to suggest that Onyx has a picture in it that tells a story or carries a lesson.

An Onyx will retain memory of the physical occurrences surrounding a person. A strong stone to use in psychometry because it tells the story of the wearer. Onyx is a strength-giving stone. A good stone for athletes or people under extreme mental and emotional stress. It brings balance to mind or body as well as strength of mind. Good stone for those who are flighty by nature. A strengthening stone that can help you approach a lesson or task with greater self-confidence. Said to be good for the teeth and bones. It is highly recommended that Onyx be used in conjunction with Pearl and Diamond.

Folk Remedies: In ancient times onyx has been used to treat problems with the feet. It also has a strong connection to bones and teeth as well as blood and bone marrow issues. Helps with disorders of soft tissue

Feng Shui: Use this stone in the Center are for health and balance in your life. Use other forms of onyx based on its color.

History: Onyx (Si O2) is a banded variety of chalcedony. The colors of its bands range from white to almost every color. Commonly, specimens of onyx contain bands of black and/or white. It is cryptocrystalline, consisting of fine intergrowths of the silica minerals quartz and moganite. Its bands are parallel to one another, as opposed to the more chaotic banding that often occurs in agates. Sardonyx is a variant in which the colored bands are

Sard (shades of red) rather than black. Black onyx is perhaps the most famous variety, but is not as common as onyx with colored bands. Artificial treatments have been used since ancient times to produce both the black color in “black onyx” and the reds and yellows in sardonyx. Onyx comes from the Latin “onyx” meaning “claw” or “fingernail”. With its flesh tone color, onyx can be said to resemble a fingernail. The English word “nail” is associated with the Greek word. It has a long history of use for hard stone carving and jewelry, where it is usually cut as a cabochon or into beads. It has also been used for intaglio and hard stone cameo engraved gems, where the bands make the image contrast with the ground. Onyx was used in Egypt as early as the Second Dynasty to make bowls and other pottery items.

Use of sardonyx appears in the art of Minoan Crete, notably from the archaeological recoveries at Knossos. Onyx is also mentioned in the Bible at various points, such as in Genesis 2:12 “and the gold of that land is good: there is bdellium and the onyx stone”, and such as the priests’ garments and the foundation of the city of Heaven in Revelation. Onyx was known to the Ancient Greeks and Romans. The first-century naturalist Pliny the Elder described both type of onyx and various artificial treatment techniques in his Naturalis Historia. Slabs of onyx (from the Atlas Mountains) were famously used by Mies van der Rohe in Villa Tugendhat at Brno (completed 1930) to create a shimmering semi-translucent interior wall. 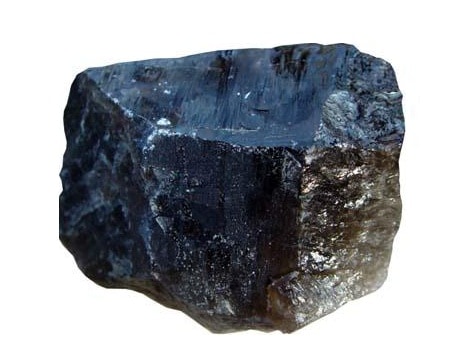 Black onyx is the most popular variety. Onyx (Si O2) is a banded variety of chalcedony. Though many people think of onyx as referring to a black form of microcrystalline quartz, The term onyx refers to a layered stone with black and white bands. It is associated with the Root Chakra and best used for for emotional grounding with meditation, a balancing of two forces within us and connecting to our life path. 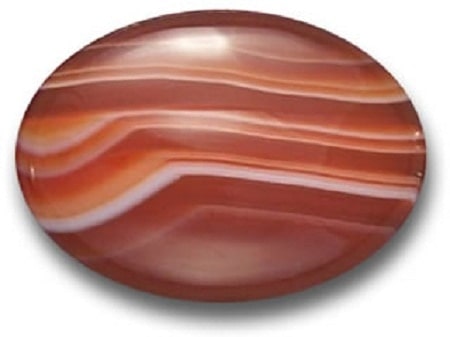 Sardonyx is actually a type of onyx, but with a brown or red, rather than a black base. As a protection stone it is recommended for explorers and those engaged in combat. Use for motivation and focused thinking. A wonderful marriage stone, as it enhances communication between partner and brings about stability and happiness within a marriage or even for business executives and partnerships. 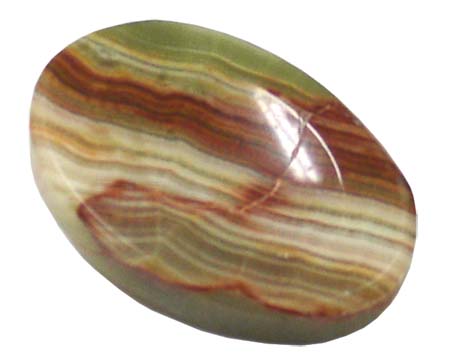 The colors of its bands range from white to almost every color. Onyx comes from the Latin “onyx” meaning “claw” or “fingernail”. With its flesh color, onyx can be said to resemble a fingernail. The English word “nail” is associated with the Greek word. It has a long history of use for carving and jewelry. Use coordinating color and color combinations to boost areas of the Chakra and aura centers.
A great stone for promoting personal strength, self-power and familiarity. 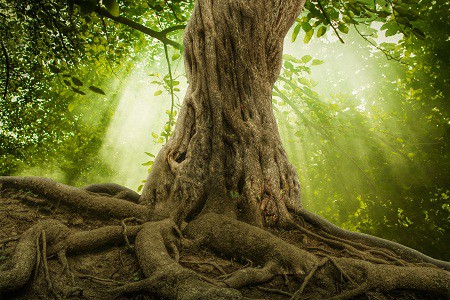 An Onyx will retain memory of the physical occurrences surrounding a person. A strong stone to use in psychometry because it tells the story of the wearer.

Onyx is a strength-giving stone. A good stone for athletes or people under extreme mental and emotional stress. It brings balance to mind or body as well as strength of mind.

Its a good stone for those who are flighty by nature. A strengthening stone that can help you approach a lesson or task with greater self-confidence. 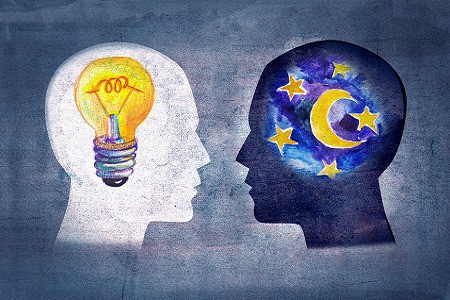 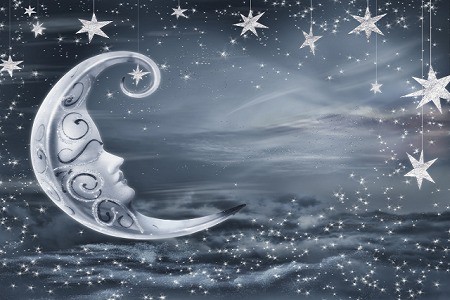 Onyx helps to set us on “our” right path. Hold 3 onyx stones in your hands. Close your eyes and set your intention. Ask for clarity of your situation and be specific. Write this intention on a piece of paper (we call it, Intention Paper). Make a grid of 3 onyx stones into a triangle.  Place a lit candle in the center of your triangle. Now, fold your INTENTION PAPER over and burn it in the flame of the candle. This is call RELEASING, your intention into the universe, using the flame as purging. Release this intention out to the Universe to manifest and express. You can find this grid and many others  moon power sources on Andrew’s Moon page  Read more here 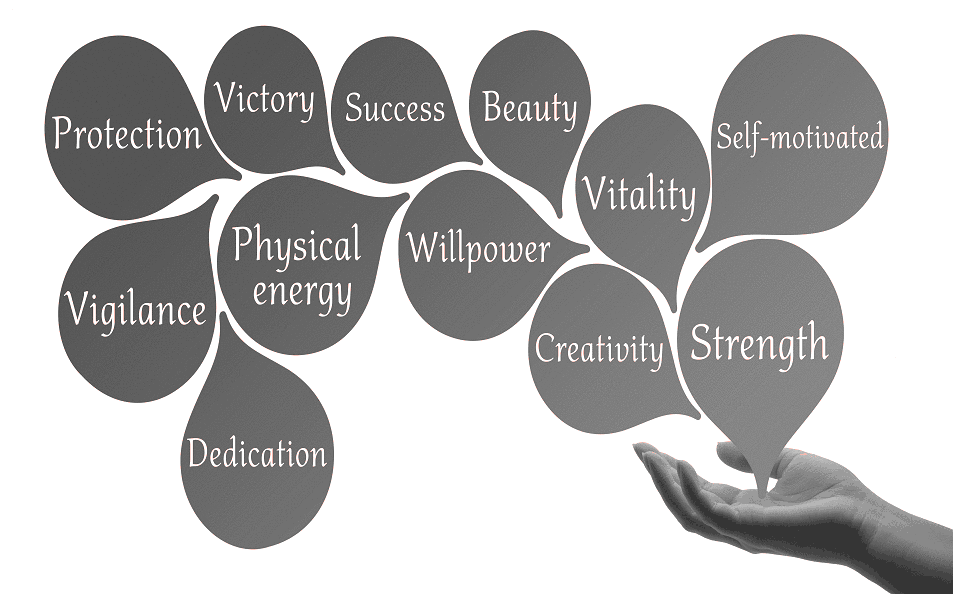