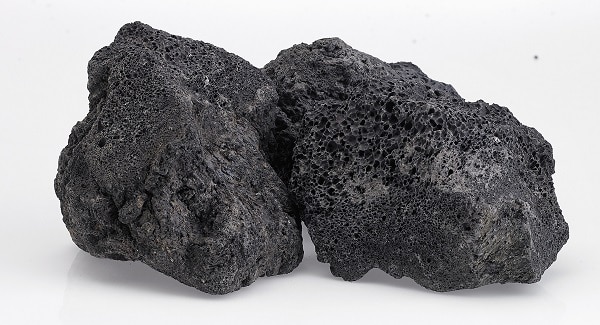 Properties:  The elemental powers of fire and earth, lava rocks are rich in minerals from deep in the earth’s core. Born of fire, these molten creations raise to the surface and become porous creations of earth. Fire is one of the four classical elements in ancient Greek philosophy and science. It was commonly associated with the qualities of energy, assertiveness, and passion, while earth was commonly associated with qualities of practicality, restraint and materialism.

Lava rocks embrace both elements. The red and black lava rocks are a wonderful tool for the Root Chakra. The can be used for grounding, protection and making a connection to the earth. They allow us to “root” scattered energy, find focus and bring balance to our center by embracing practicality. Lava is a rock formed from magma erupted from a volcano. It is an igneous rock of volcanic origin. It’s “primal energies” are evident from spending so much time deep in the Earth’s core in a molten state before it is formed upon Earth’s entry. This stone is beneficial when your 1st Root, as well as, the fire of the 2nd Sacral Spleen Chakra are energetically weak. They encourage stimulation.

Beause it comes from raw fire energy, these stones are often used to help with the rebirthing, reinventing of ourselves and shedding unneeded layers of emotional attachment. Lava rock is known for its grounding properties and perfect for calming the mind and emotions.

Folk Remedies: This stone has the nurturing power of Mother Earth. It has been used for centuries as a colorant for clothes and body paint. Considered a fiery fertility stone, it was often given to woman who had issues of infertility or poor libido. Also, this stone was given to men on their way to war or when there was a local dispute between clans.

History: Volcanic rocks are among the most common rock types on Earth’s surface, particularly in the oceans. On land, they are very common at plate boundaries and in flood basalt provinces. Most modern petrologists classify igneous rocks including volcanic rocks by their chemistry when dealing with their origin. Most volcanic rocks share a number of common minerals. Differentiation of volcanic rocks tends to increase the silica (SiO2) content mainly by fractional crystallization. Occasionally, a magma may pick up crystals that crystallized from another magma; these crystals are called xenocrysts. Diamonds found in kimberlites are rare but well-known xenocrysts; the kimberlites do not create the diamonds, but pick them up and transport them to the surface of the Earth.

These stones are from Mauna Loa. It is located on the Big Island of Hawaii and in addition to being the largest, with a summit nearly 13,700 feet high, it is also one of the world’s most active volcanoes.

The beaches in Santorini are much different than other beaches in Greece due to their special geographical features. Red and black volcanic pebbles lay the shores of Santorini beaches and steep cliffs provide a picturesque ambiance. The most famous of Santorini beaches is the Red beach located only some steps away from the ancient site of Akrotiri. Soaring red lava cliffs which drop right to the sandy shore and into the clear blue sea, make for a majestic setting to behold.

This beautiful island in the southern Aegean Sea, has azure waters and multi-colored beaches! Famous for its white buildings and churches and some of the most eye-popping sunsets in the world, Santorini is a shining jewel in the Crown of the Greek Islands.

Santorini is essentially what remains after an enormous volcanic eruption destroyed the earliest single island, and created the current geological caldera. A giant central, rectangular lagoon is surrounded by high, steep cliffs on three sides. Due to even more recent evidence, the island’s pre-eruption shape and landscape frescoes located under the ash, both strongly resemble Plato’s description of the lost city of Atlantis. No matter what the appeal, this collection embraces the magic and color of an endless summer!

The color in red lava rock comes from iron. For healing purposes, red stones are energizers! They are commonly associated with the qualities of energy, assertiveness, and passion, which are also the associations to fire!  Red lava stone is a motivator. You can place the stone at the hips or pelvic bone, or just below the navel to help in meditation. The purpose is to engage your sense of rooted or grounded behavior in order to have the courage to “flow forward”.

Pumice is lava stone that has become so porous, that the stone can actually float. It is considered the “froth” that risen to the top of the magma, like foam on a cappuccino. This then solidifies with light and air and becomes this sold “whip” of stone that has very little weight, but can be very effective on several levels. It is considered a great absorber of negative issues and events that stand in your way of moving forward.

This rock allow us to “root” scattered energy, find focus and bring balance to our center by embracing practicality. It offers us the possibilities of strength and shows us courage. From its unstable beginnings, it allows us stability through times of change. black lava is a very calming stone, useful in dissipating anger. It provides guidance and understanding in situations where we may need to revive our life. 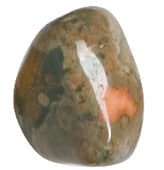 Rhyolite: Rhyolite was named “streaming rock” because of its beautiful bands, bubbles and crystal-rich layers that form as lava flows onto the surface of stone and moves forward. Rhyolite can look very different, depending on how it erupts. Rhyolite has a composition similar to granite but has a smaller grain size. It is composed of the light-colored silicates and is usually buff to pink in color. Because of its varied formalization represents “change, variety and progress“.

Rhyolite “sparks creativity” in individuals who are ready to move forward and make things happen in their life. It allows us to reach out and beyond our capabilities of what we think we can achieve by helping us to break through the mental barriers and to reach a profound and joyous state of knowing. Rhyolite shows us how to relish in the vast potential within ourselves. This is a stone used for meditation, progression in life, focusing on the present moment and resolving issues not yet complete.

History: Rhyolite can be considered as the extrusive equivalent to the plutonic granite rock, and consequently, outcrops of rhyolite may bear a resemblance to granite. Due to their high content of silica and low iron and magnesium contents, rhyolite melts are highly polymerized and form highly viscous lavas. They also occur as breccias or in volcanic plugs and dikes. Rhyolites that cool too quickly to grow crystals form a natural glass or vitrophyre, also called obsidian. Slower cooling forms microscopic crystals in the lava and results in textures such as flow foliations, spherulitic, nodular, and lithophysal structures. Some rhyolite is highly vesicular pumice. Many eruptions of rhyolite are highly explosive and the deposits may consist of fallout tephra/tuff or of ignimbrites. 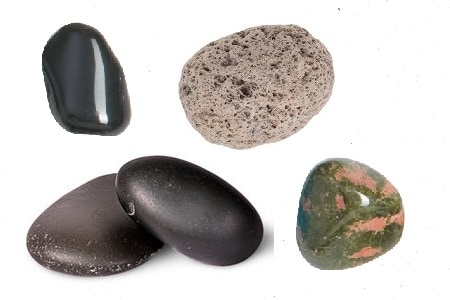 Volcanic rocks are named according to both their chemical composition and texture. The lava of different volcanoes, when cooled and hardened, differ much in their appearance and composition

~ Pumice happens when the same lava forms a spongy appearance, then fills with bubbles of gas.

~ Rhyolite is a volcanic rock with high silica content that occurs when the lava cools very slowly and takes on different colors. 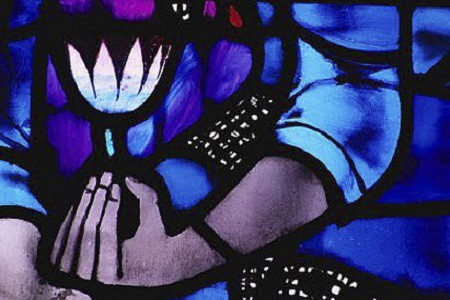 Because it comes from raw fire energy, these stones are often used to help with the re-birthing, reinventing of ourselves and shedding unneeded layers of emotional attachment, like the layers of a lotus flower that springs from the mud.

Lava rock is known for its grounding properties and perfect for calming the mind and emotions.

The stones bring balance to our center by embracing practicality. It offers us the possibilities of strength and shows us courage. From its unstable beginnings, it allows us stability through times of change. Lava is a very calming stone, useful in dissipating anger. 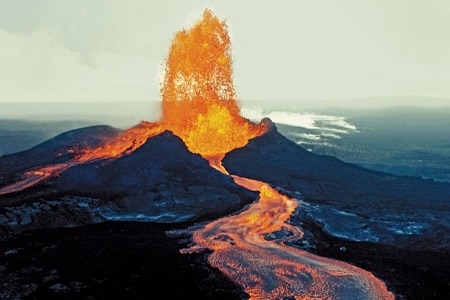 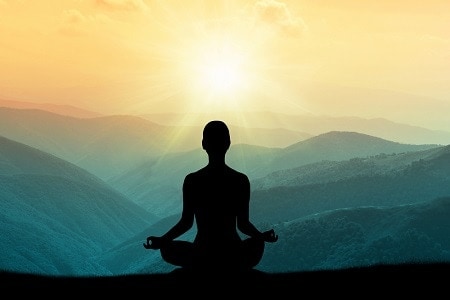 This meditation exercise involves going into the very center of your being.

Stones and crystals can be used such as basalt, ammonite, andesite, lava stone, dolomite, hematite, obsidian.

Using any stone that comes deep from within the Earth, (volcanic stones, fossils, mountain stones, fault stones), will help you connect on an outer level.

Crystals from deep within the earth that journey to the surface, have the same process as our inner thoughts, which manifest outward. 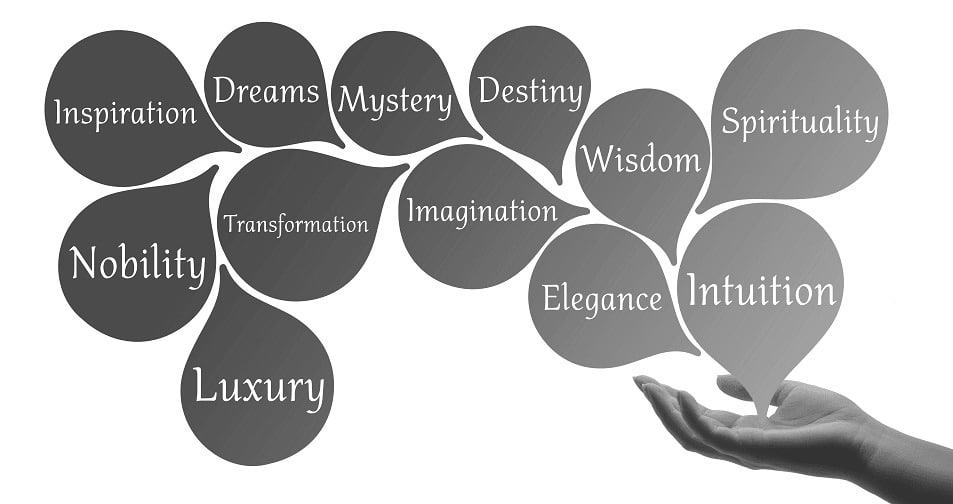