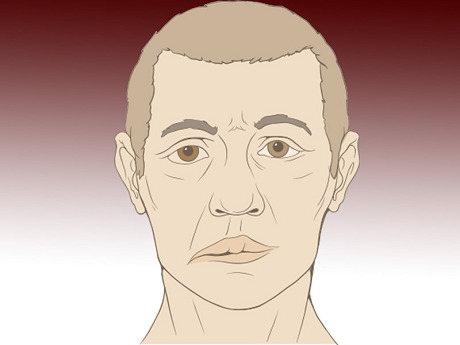 Bell’s palsy is a form of facial paralysis resulting from damage to the VII (facial) cranial nerve. This nerve disorder afflicts approximately 40,000 Americans each year. It can strike almost anyone at any age; however, it disproportionately attacks pregnant women and people who have diabetes, influenza, a cold, or some other upper respiratory ailment.

In addition to one-sided facial paralysis with possible inability to close the eye, symptoms of Bell’s palsy may include pain, tearing, drooling, hypersensitivity to sound in the affected ear, and impairment of taste.

The common cold sore virus, herpes simplex virus (HSV), and other herpes viruses are the likely cause of many cases of Bell’s palsy. HSV has been observed in saliva (Furuta, Fukuda et al. 1998) as well as muscle biopsy and tears (Kaygusuz, Godekmerdan et al. 2004) of Bell’s palsy patients at significantly higher rates than control groups. One study found that approximately 50% of Bell’s palsy patients show signs of the virus compared to approximately 19% of the normal population (Furuta, Fukuda et al. 1998). However, an opposing trial found HSV as well as VZV to be non-significantly represented in affected groups (Linder, Bossart et al. 2005). The life span of the virus and the timing of testing for HSV may explain these conflicting conclusions. Furuta (1998) discovered in his trial that HSV became undetectable after two weeks onset of Bell’s palsy. The evidence suggesting HSV as the major cause of this condition is demonstrated further by the success of specific antiviral agents which have shown continued success against HSV infections (Adour, Ruboyianes et al. 1996; Allen and Dunn 2004; Allen and Dunn 2005). Furthermore, injections into rat specimens with HSV have recreated facial paralysis in approximate 50% of specimens (Gok, Alpay et al. 2005).

In Western medicine, recent studies have shown that steroids are probably effective and that the drug acyclovir combined with prednisone is possibly effective in improving facial function. This is now the protocol of choice for Western doctors.

Other treatments are usually aimed at protecting the eye from drying at nighttime. Some physicians may prescribe a corticosteroid drug to help reduce inflammation and an analgesic to relieve pain.

The prognosis for Bell’s palsy is generally very good. With the Western Medicine approach of drug treatment, most patients begin to get significantly better within 3-4 weeks, and about 80 percent recover completely within 3 months. For some, however, the symptoms may last longer. In a few cases, the symptoms may never completely disappear. The odds with electrostim-acupuncture are much higher. Treatment started with a week of the event, can improve the symptoms with 6 visits with complete recovery and normal facial symmetry within 12 -14 visits. The longer a persons goes without treatment, the longer the recovery time.

I treat Bell’s Palsy in my practice all the time, as acupuncture gets incredible results. My choice of protocol is electro-stimulation acupuncture. This effectively stimulates the facial nerves on a deeper level than TENS, electro-pads or anti-viral medications alone. I have found that approximately 12-14 treatments are needed to return the face back to its normal look and feel. This form of acupuncture stops pain, relaxes the facial paralysis, brings the feeling back through the nerve endings, stops the drooling and tearing and helps the eye close again. This protocol essentially returns the face back to normal in one-third the time of any other treatment I have seen for this disorder.

Bell’s Palsy (Zhong Feng) is considered a Wind Attack or External Wind Stroke attack. The main pattern differentiation being a Wind invasion due to emptiness of the Channels (Maclean and Lyttleton 1998). In Chinese Medicine, Wind is said to be the carrier of 1,000 diseases. Wind is thought to take advantage of the deficiency (weakness) a patient is experiencing and enters the body attacking the sinews and vessels in the area of the face. This results in vital energy (Qi) and the blood to stagnate causing the inability of the facial muscles to relax and therefore contract (Wolfe 2003). The principle of treatment is to expel Wind and promote the movement of Qi and blood by scattering the stagnation.

More times than not, the patient that walks into my office is often, under great stress! They are either dealing with work related stress, having difficulties in their home or family life and are often the type A personality.

As I work in the area of fertility, it is the occasional pregnant patient that will present with this disorder, as well.

Patients who come in for treatment of Bell’s Palsy will often tell me they sleep with a fan on them (wind) or near an open window. I seem to get a flux of Bell’s patients in the office in the Spring and Fall more than any other seasons.

Bell’s Palsy is the most common disease of the facial nerve. It is presumably due to an inflammatory reaction in or around the facial nerve near the stylomastoid foramen. According to Liu (1995), when acupuncture was initiated within three days postonset in 684 cases of facial nerve paralysis, 100 percent of the patients were cured or there was a marked improvement (5). Other studies (Gao, Chen, 1991) revealed that 80% of cases that were treated at more than 2 months post-onset, and 83 percent of severe cases, were cured or had excellent effect (6). Treatment, as with this patient, may include numerous diagnostic procedures, different classes of medications, lifestyle alterations, and still, continued suffering. Acupuncture may often lead to significant clinical improvement (7).

For patients who are not pregnant, an herbal formula is recommended based on their pattern and signs and symptoms. The most important herbs for this disorder should include herbs to treat wind attack and anti-viral herbs such as Qin Jiao, Fang Feng, Xi Xin, Bai Shao, Di Long, Fu Ling, Gan Cao, Chuan Xiong, Pu Gong Ying, Dang Gui.

Variations on this formula are important to change as the patient’s situation change.

In conclusion, Bell’s palsy is a physical and emotionally debilitating condition in which conventional medicine has limited understanding and efficacy. The exposure to external sources (stress, environment) cause the immune system to produce an inflammatory response. This inflammation can then obstruct the normal function of the nerves and vessels resulting in paralysis. Chinese medicine has treated conditions such as Bell’s palsy for centuries. Chinese medicine and acupuncture on a regular basis can significantly improve results and help to resolve this condition.