Mercury represents the principles of communication, mentality, thinking patterns, rationality and reasoning, and adaptability and variability. Mercury governs schooling and education; the immediate environment of neighbors, siblings and cousins; transport over short distances; messages and forms of communication and physical dexterity. Rules Wednesday.

The earliest known recorded observations of Mercury are from the Mul.Apin tablets. These observations were most likely made by an Assyrian astronomer around the 14th century BC. Babylonian records of Mercury date back to the 1st millennium BC. The Babylonians called the planet Nabu after the messenger to the gods in their mythology.

The ancient Greeks knew the planet as Stilbon, meaning “the gleaming”, Hermes, a planetary name that is retained in modern Greek . The Romans named the planet after the swift-footed Roman messenger god, Mercury, which they equated with the Greek Hermes, because it moves across the sky faster than any other planet. The astronomical symbol for Mercury is a stylized version of Hermes’caduceus.

The Roman-Egyptian astronomer Ptolemy wrote about the possibility of planetary transits across the face of the Sun in his work Planetary Hypotheses. He suggested that no transits had been observed either because planets such as Mercury were too small to see, or because the transits were too infrequent.

In ancient China, Mercury was known as Chen Xing, the Hour Star. It was associated with the direction north and the phase of water in the Wu Xing. Modern Chinese, Korean, Japanese and Vietnamese cultures refer to the planet literally as the “water star”, based on the Five Elements. Hindu mythology used the name Budha for Mercury, and this god was thought to preside over Wednesday. The god Odin (or Woden) of Germanic paganism was associated with the planet Mercury and Wednesday.

The Maya may have represented Mercury as an owl (or possibly four owls; two for the morning aspect and two for the evening) that served as a messenger to the underworld.

In medieval Islamic astronomy, the Andalusian astronomer Abū Ishāq Ibrāhīm al-Zarqālī in the 11th century described the deferent of Mercury’s geocentric orbit as being oval, like an egg or a pignon, although this insight did not influence his astronomical theory or his astronomical calculations. In the 12th century, Ibn Bajjah observed “two planets as black spots on the face of the Sun”, which was later suggested as the transit of Mercury and/or Venus by the Maragha astronomer Qotb al-Din Shirazi in the 13th century.[126] (Note that most such medieval reports of transits were later taken as observations of sunspots.

In India, the Kerala school astronomer Nilakantha Somayaji in the 15th century developed a partially heliocentric planetary model in which Mercury orbits the Sun, which in turn orbits Earth, similar to the Tychonic system later proposed by Tycho Brahe in the late 16th century.

This glyph represents the link between the spirit and matter, and between the soul and personality. It is represented by the crescent, the circle and the cross. It indicates the receptivity of the soul through the exaltation of the spirit over matter. 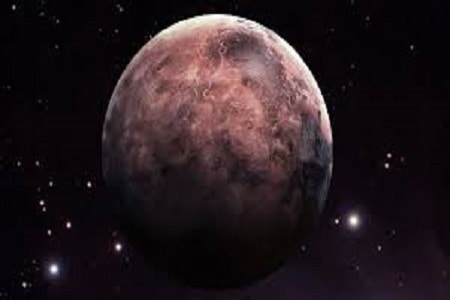 Mercury retrograde occurs three times a year. Usually in the months of January – February, June – July, September – October. … “Mercury retrograde is also a time for channeling mental energy inward, reflecting, re-assessing, and rethinking whatever it is we’ve been focused on over the past few months.

What happens to a person during Mercury retrograde?  Expect to have more or less energy than you‘re used to, particularly of the nervous variety. It can either zap you of your usual zest and leave you feeling lethargic, It may also fill you with chaotic, scattered energy that might have you feeling restless, unfocused and anxious.